My mind went straight to ladybugs when I saw the wooden block with antennas at Michael's...odd how that works!  The project started with painting the unfinished block red and the ladybug started to take shape. 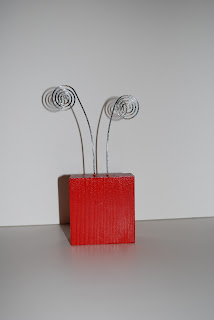 ﻿Oops...I forgot to take a pic of the plain block...but here it is painted red. 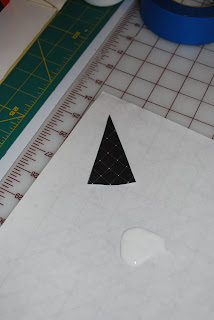 I cut a triangle out of scrapbook paper and used Mod Podge to attach it to the center. 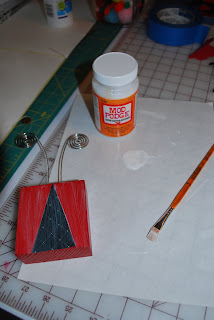 After attaching the paper to the block I coated the entire front with the Mod Podge. 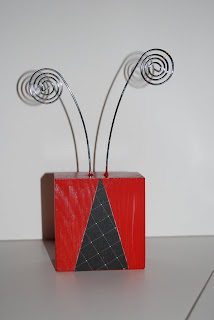 The Mod Podge tries clear so no worries.....! 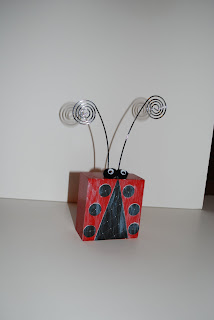 I cut 6 circles out of the same paper and attached with Mod Podge just like the triangle.
I glued wiggle eyes to 2 small black pompoms and glued those to the top with Tacky Glue.
The Mod Podge is still wet in this pic but dried clear. 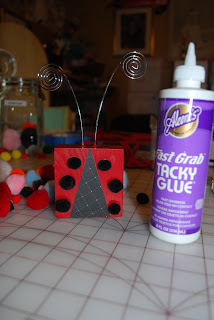 This pic is the flop version...I tried using pompoms on the front but they were too heavy and would not adhere well....after this I went to the final paper dot idea.....lesson learned!

I used my finished Ladybug to hold a card I made...I'll tell you about that another day! 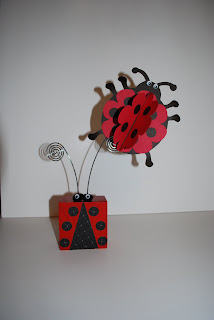 Deb
I am a proud mom of 2 wonderful young adults, Amelia, 29, Austin, 26 and a precious rescue puppy Lola Rose! Ruby9 is my alter ego. Ruby because I love all things RED and 9 because it's my favorite number! I love to create a variety of things from cookies, painting, sewing, monogramming, card making, photography....I love it all! 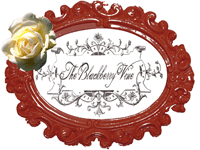